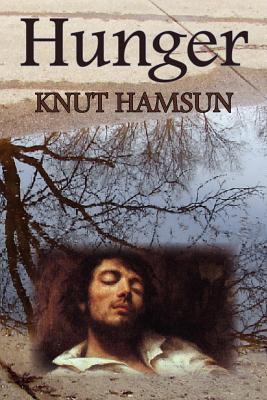 Hunger by Knut Hamsun is a strange, semi-delirious, gorgeous narrative of a young man who wanders the Norwegian urban milieu and spends most of his time starving and contemplating eccentric ways of obtaining food for a few coins.

The occasional income he gets from his writing is barely adequate to keep him alive, and between the bouts of hunger he hallucinates and imagines -- and sometimes engages in -- sensuality in all its forms. Food and sex and vivid creative daydreams, in combination with a peculiar personal pride, keep him on the fringes, apart from others. And yet, his need for nourishment in every sense, physical and emotional, is overwhelming.

Even though it was completed in 1890, Hunger is considered a psychological masterpiece of the early 20th century.