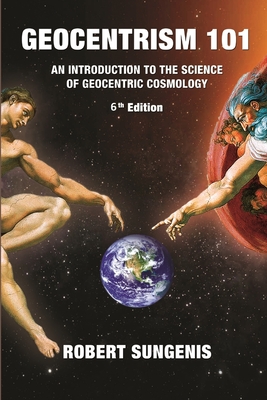 This book shows that the geocentric universe, updated for accuracy by the Neo-Tychonic model, allows Earth to occupy a fixed position as the center of mass of the universe, while the universe and all its celestial objects revolve around it once per day. Famous scientists such as Einstein, Hawking, Weinberg, Barbour, Mach, Newton, Hoyle, Poincare, Lorentz, Ellis, Krauss, and many more, admit a geocentric universe is scientifically viable and that the choice between it and a Copernican universe is invariably based on one's religion or philosophy. The book covers the major experiments (eg, 1887 Michelson-Morley; 1913 Sagnac; 1925 Michelson-Gale) as well as recent probes (eg, 1990 COBE; 2001 WMAP; 2013 Planck; 2005 Sloan Digital Sky Survey). It shows that all previous proofs for heliocentrism (eg, stellar parallax and aberration, Foucault Pendulum) have been discredited. It shows that whether the physics is Newtonian, Machian or Einsteinian, geocentrism is scientifically accurate.