The A to Z Book of Turtle Island, Land of the Native American (Paperback) 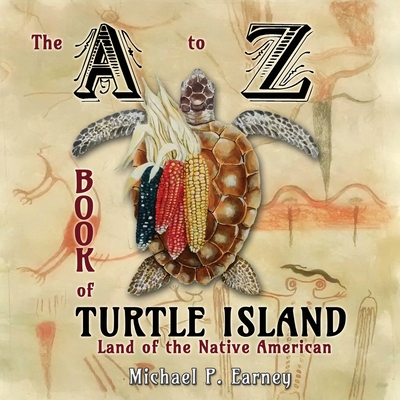 A long, long time ago, when the world was one vast ocean, the creatures of the sea agreed that there should be a place for others that did not live in the water. Turtle accepted that soil brought up from the bottom of the ocean, could be placed on her back and that would form the habitat for non-sea creatures. After many failed attempts, Muskrat managed to come back with a paw-full of soil. This was placed on Turtle's back and became home to the Native American. Some of the many tribes and nations that formed from the first people are described in this, The A to Z Book of Turtle Island.

This story, in a variety of versions, is the source of the name, 'Turtle Island' for the American continent.

The Wyandotte (Huron) extended version of the Turtle Island Creation legend can be found at; AAANationalArts.com