The Hillsboro Story: A Kaleidoscope History of an Integration Battle in My Hometown (Paperback) 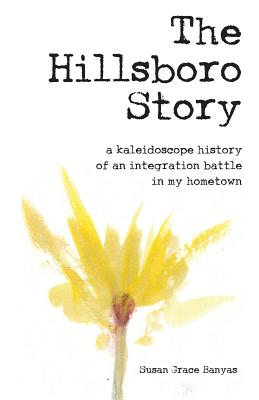 Two months after the U.S. Supreme Court rendered its momentous Brown v. Board of Education decision, an eight-year-old girl named Susan Grace Banyas, living in the small town of Hillsboro, Ohio, bore witness to a courageous community protest staged to support and hasten the integration of her town's public schools, after the "colored school" was mysteriously set on fire.

Five decades later, Banyas, now a notable storyteller and artist, returned to her hometown to re-engage the childhood memory and gather the memories of the people who participated in or witnessed what was a timely and courageous civil rights action. This stirring book deserves to be widely read as our American citizenry continues to reckon with our country's long legacy of racial injustice.

Congressman John R. Lewis, one of our longtime and finest civil rights leaders and public servants, always recommends to those attending his speeches and protests, that they "Be stirred by the spirit of history." Susan Grace Banyas has taken his advice dearly to heart.