Proofs of a Conspiracy: Against all the Religions and Governments (Paperback) 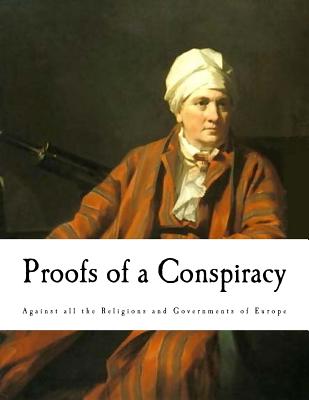 By John Robison
$7.95
Not currently on the shelf, but we can order it, to pick up in store or have shipped from our remote warehouse.

COMPLETE EDITION. Proofs of a Conspiracy Against all the Religions and Governments of Europe. Carried on in the secret meetings of free masons, illuminati, and reading societies, collected from good authorities, by John Robison, a. M. Professor of natural philosophy, and secretary to the Royal Society of Edinburgh. John Robison FRSE (4 February 1739 - 30 January 1805) was a Scottish physicist and mathematician. He was a professor of philosophy at the University of Edinburgh. A member of the Edinburgh Philosophical Society when it received its royal warrant, he was appointed as the first general secretary to the Royal Society of Edinburgh (1783-98). Robison invented the siren and also worked with James Watt on an early steam car. Following the French Revolution, Robison became disenchanted with elements of the Enlightenment. He authored Proofs of a Conspiracy in 1797-a polemic accusing Freemasonry of being infiltrated by Weishaupt's Order of the Illuminati. His son was the inventor Sir John Robison (1778-1843).